Our Prices Are The Best In South Florida. Call And Compare! 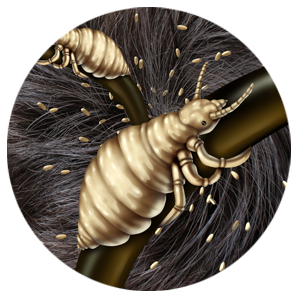 Louse (plural: lice) is the common name for members of the order Phthiraptera, which contains nearly 5,000 species of wingless insect. Lice are obligate parasites, living externally on warm-blooded hosts which include every species of bird and mammal, except for monotremes, pangolins, and bats. Lice are vectors of diseases such as typhus.

Chewing lice live among the hairs or feathers of their host and feed on skin and debris, while sucking lice pierce the host’s skin and feed on blood and other secretions. They usually spend their whole life on a single host, cementing their eggs, called nits, to hairs or feathers. The eggs hatch into nymphs, which moult three times before becoming fully grown, a process that takes about four weeks.

Humans host two species of louse—the head louse and the body louse are subspecies of Pediculus humanus; the pubic louse, Pthirus pubis. The body louse has the smallest genome of any known insect; it has been used as a model organism and has been the subject of much research.

Lice were ubiquitous in human society until at least the Middle Ages. They appear in folktales, songs such as The Kilkenny Louse House, and novels such as James Joyce’s Finnegans Wake. They commonly feature in the psychiatric disorder delusional parasitosis. A louse was one of the early subjects of microscopy, appearing in Robert Hooke’s 1667 book, Micrographia.

Sucking lice are small wingless insects ranging from 0.5 to 5 mm (0.02 to 0.20 in) in length. They have narrow heads and oval, flattened bodies. They have no ocelli, and their compound eyes are reduced in size or absent. Their antennae are short with three to five segments, and their mouth parts, which are retractable into their head, are adapted for piercing and sucking. There is a cibarial pump at the start of the gut; it is powered by muscles attached to the inside of the cuticle of the head. The mouthparts consist of a proboscis which is toothed, and a set of stylets arranged in a cylinder inside the proboscis, containing a salivary canal (ventrally) and a food canal (dorsally). The thoracic segments are fused, the abdominal segments are separate, and there is a single large claw at the tip of each of the six legs. 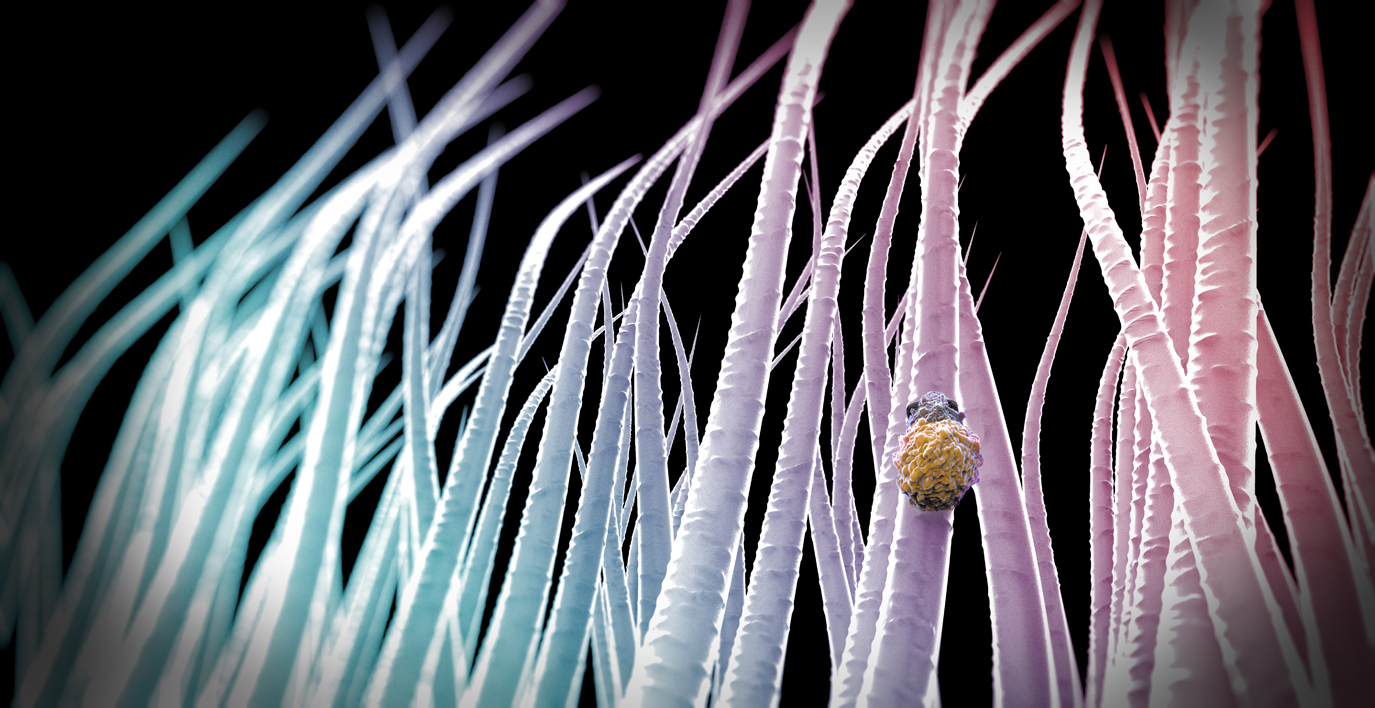 Chewing lice are also flattened and can be slightly larger than sucking lice, ranging in length from 0.5 to 6 mm (0.02 to 0.24 in). They are similar to sucking lice in form but the head is wider than the thorax and all species have compound eyes. There are no ocelli and the mouthparts are adapted for chewing. The antennae have three to five segments and are slender in the suborder Ischnocera, but club-shaped in the suborder Amblycera. The legs are short and robust, and terminated by one or two claws. Many lice are specific to a single species of host and have co-evolved with it. They are usually cryptically coloured to match the fur or feathers of the host.

Lice are divided into two groups: sucking lice, which obtain their nourishment from feeding on the sebaceous secretions and body fluids of their host; and chewing lice, which are scavengers, feeding on skin, fragments of feathers or hair, and debris found on the host’s body. Most are found on only specific types of animals, and, in some cases, on only a particular part of the body; some animals are known to host up to fifteen different species, although one to three is typical for mammals, and two to six for birds. For example, in humans, different species of louse inhabit the scalp and pubic hair. Lice generally cannot survive for long if removed from their host.Some species of chewing lice house symbiotic bacteria in bacteriocytes in their bodies. These may assist in digestion because if the insect is deprived of them, it will die. If their host dies, lice can opportunistically use phoresis to hitch a ride on a fly and attempt to find a new host.

A louse’s color varies from pale beige to dark gray; however, if feeding on blood, it may become considerably darker. Female lice are usually more common than males, and some species are parthenogenetic, with young developing from unfertilized eggs. A louse’s egg is commonly called a nit. Many lice attach their eggs to their hosts’ hair with specialized saliva; the saliva/hair bond is very difficult to sever without specialized products. Lice inhabiting birds, however, may simply leave their eggs in parts of the body inaccessible to preening, such as the interior of feather shafts. Living louse eggs tend to be pale whitish, whereas dead louse eggs are yellower. Lice are exopterygotes, being born as miniature versions of the adult, known as nymphs. The young moult three times before reaching the final adult form, usually within a month after hatching.